I recently became a Scout and Cellar wine consultant (check out what this is all about here) and I wanted to throw an Alice in Wonderland-themed wine tasting party. Below are just a few of the ideas I did. I kept it simple but fun.

To dress up the wine glasses I made these Alice in wonderland wine charms. They were super simple and inexpensive.

To make these Alice in Wonderland Wine glass charms:

I just slide the beads and charms on the rings, so easy! 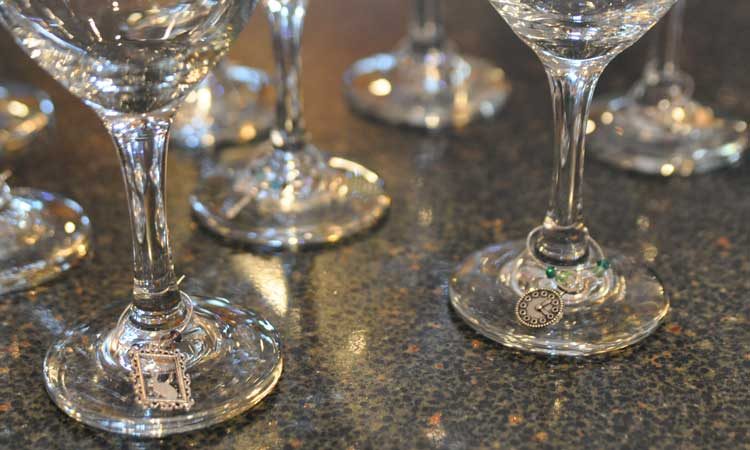 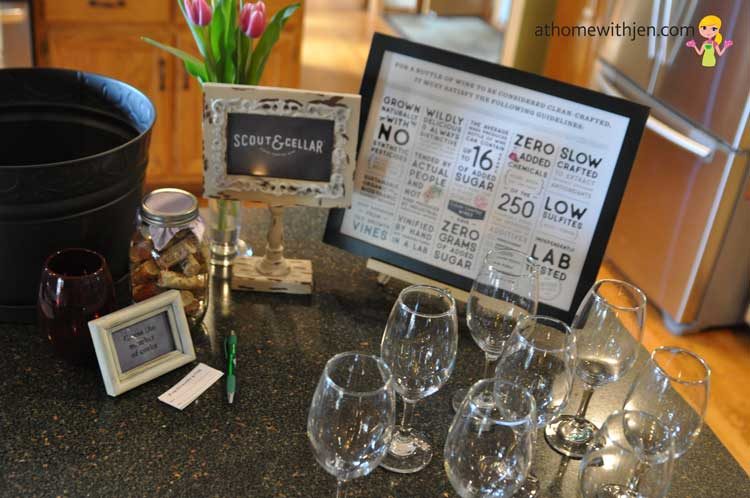 To give the snack table some height I took two different-sized cake stands and placed them on top of each other. I then placed a red stemless wine glass and placed some flowers in it. To keep the items from sliding around I put a few glue dots to hold it together. Below is a photo before I added the treats. 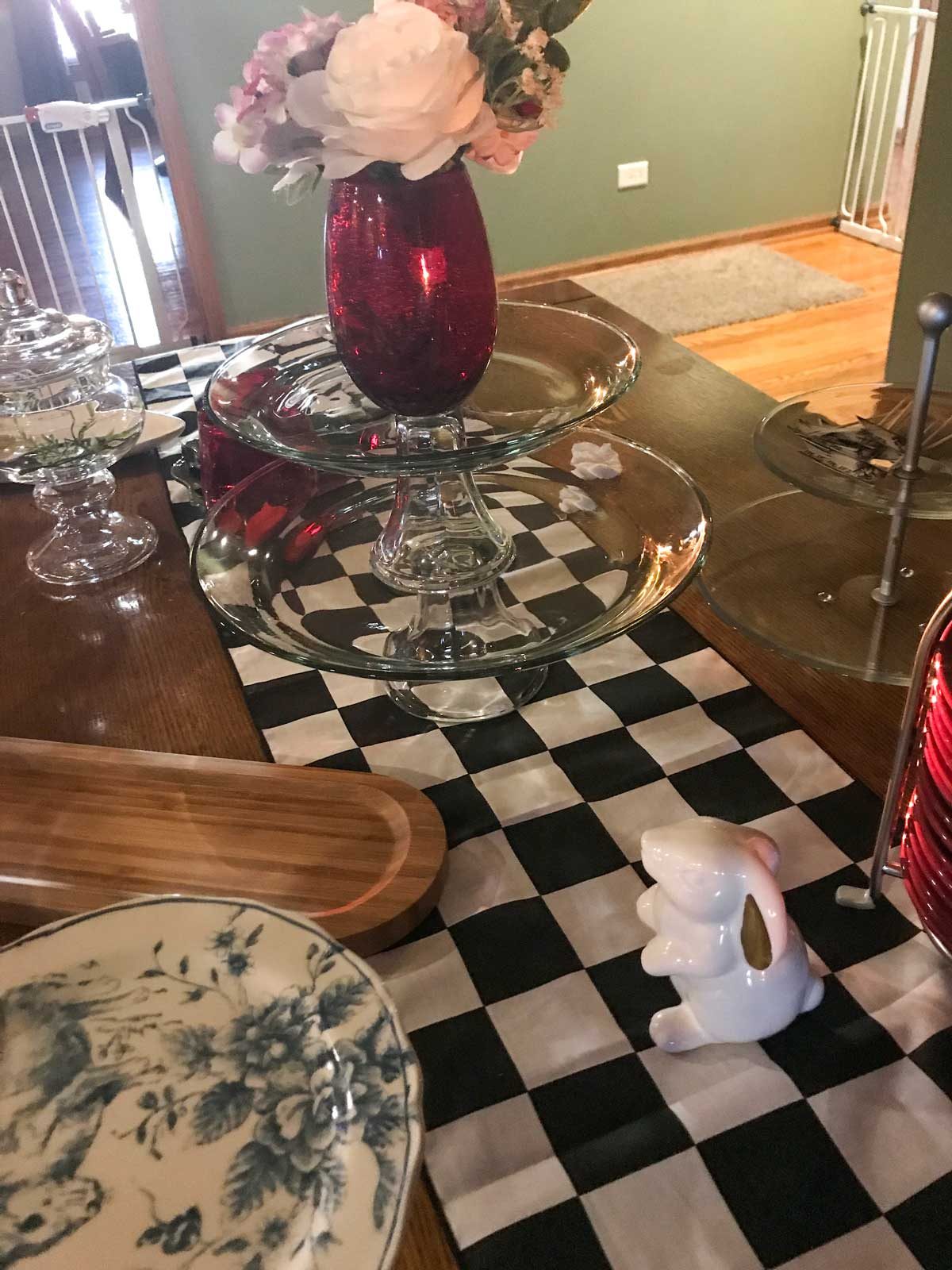 I found this great draping greenery to bring in a little more of the outside in, I just added them to the ceiling fan. The party was taking place in the middle of March and it was great to have such a spring feeling. The checker table runner came from Amazon and of course, my dog photobombed my photo 🙂 The grass is actually fodder that is for my chickens but it made a cute table decoration for the night. The key with the Alice in Wonderland theme is to be miss-matched, so just grab items from around your house.

To make the eat me cupcake picks I just printed an image I found on google and printed them glued them to a toothpick. I also found these cute heart toothpicks for picking up the cheese and meats. 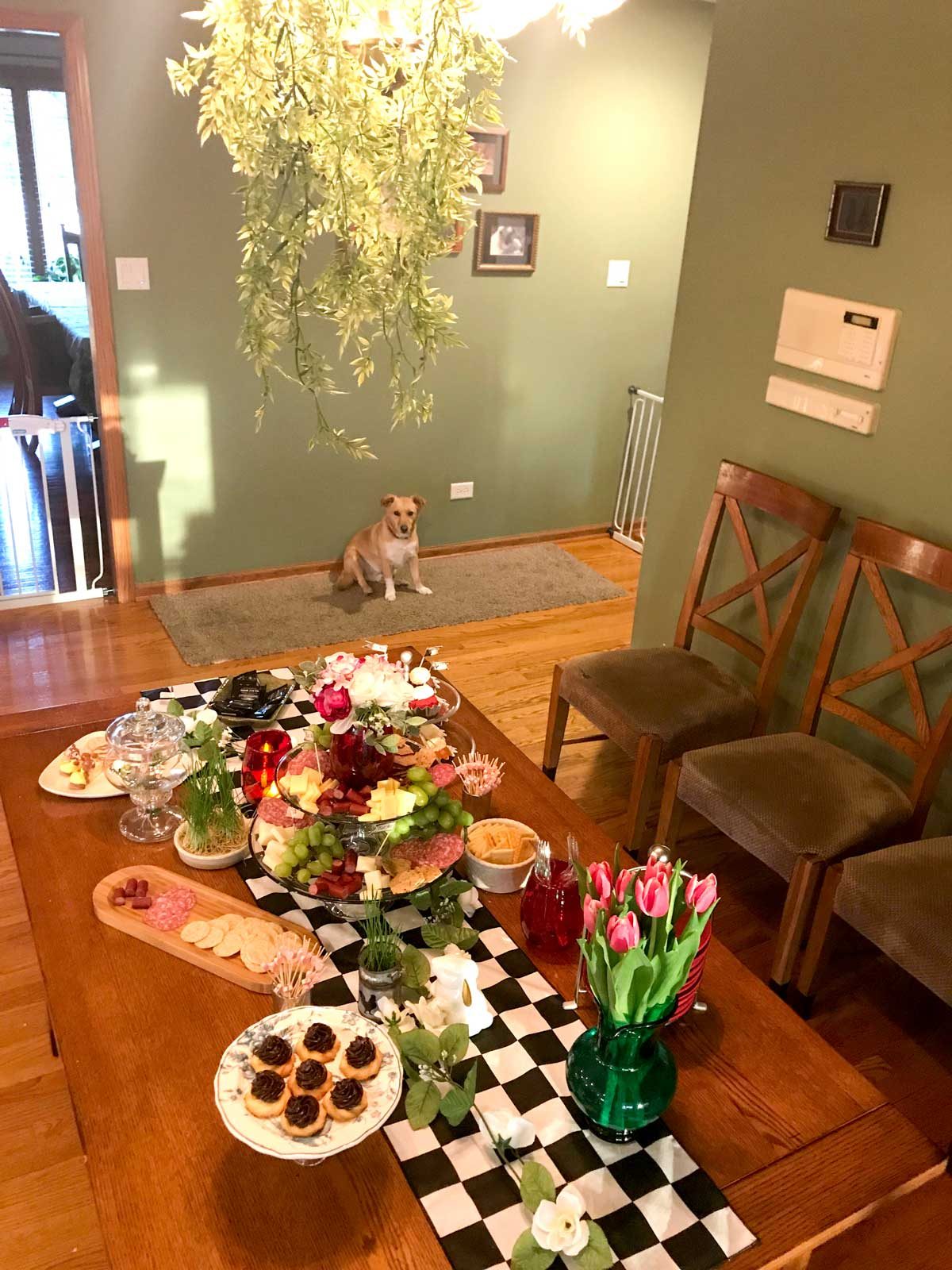 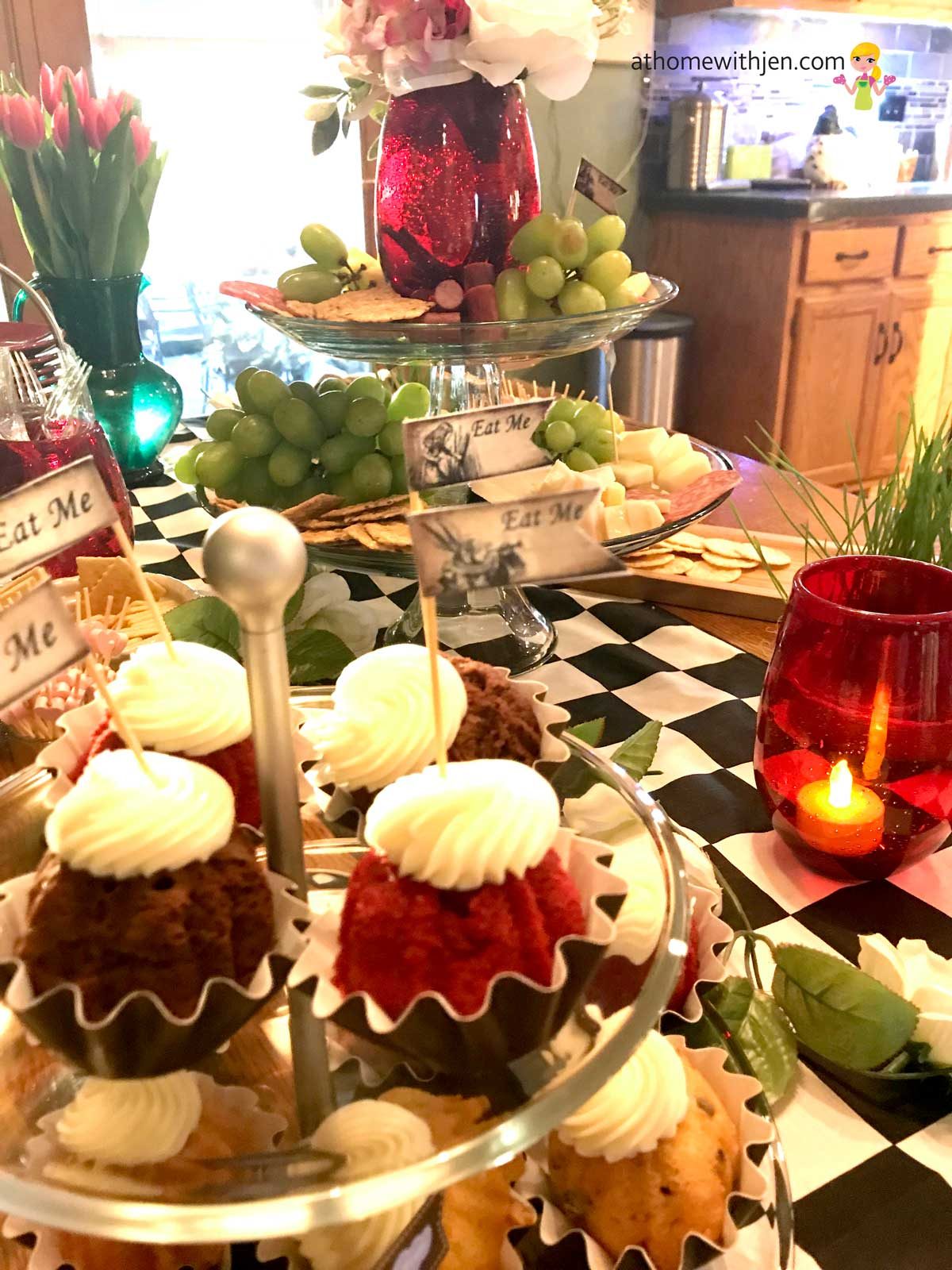 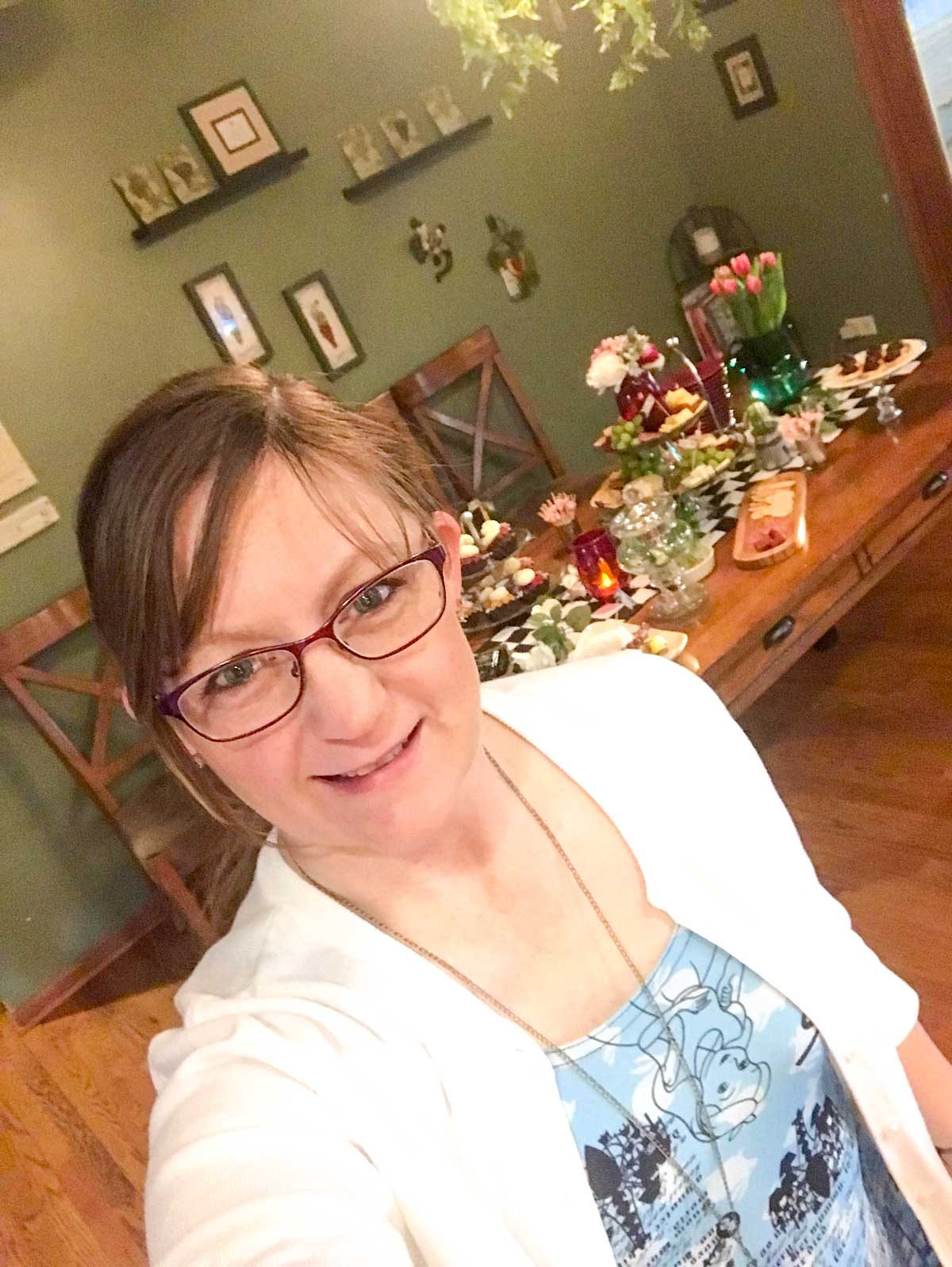 When I made the wine charms I made these extra ones so that each guest could bring some home. Looking for more wine party ideas? Check out this post. 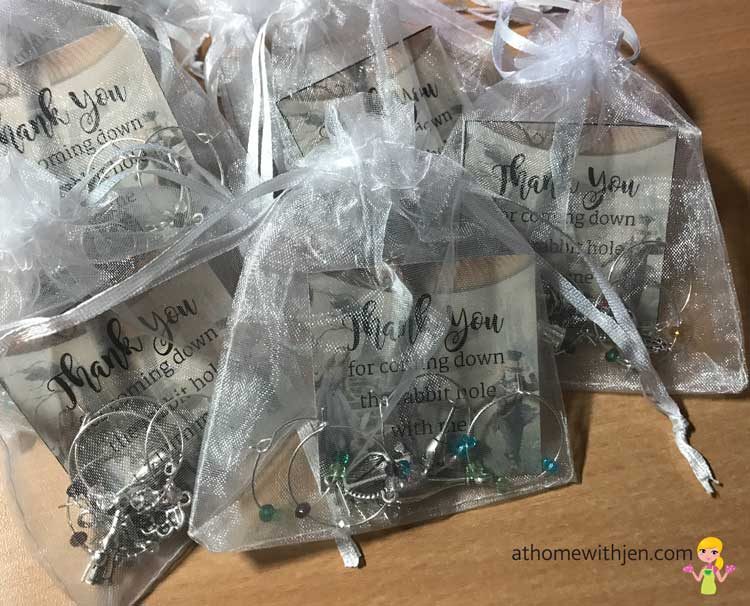 So give it a try, grab your girlfriends and throw you own Alice in Wonderland Wine Party! 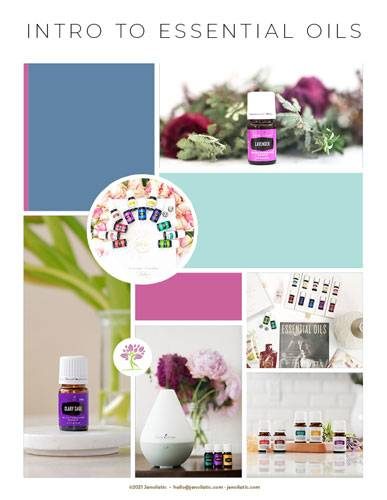